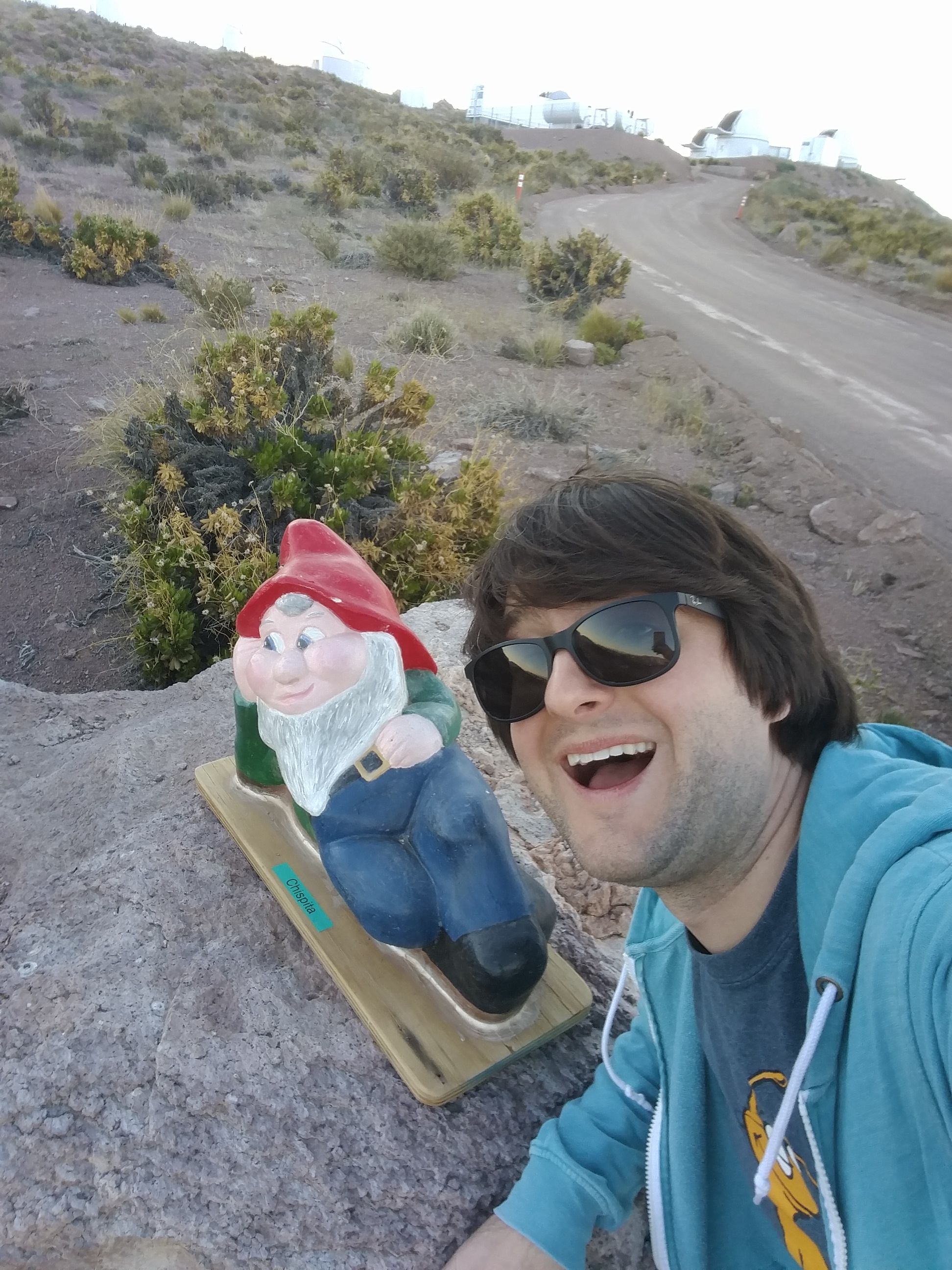 Devon is a Graduate Student from UC Santa Cruz. He wrote software for DES which performs automated X-ray analysis of galaxy clusters using archival data from NASA’s Chandra X-ray Observatory. He thinks his software is pretty cool because it allows us to get multi-spectrum galaxy cluster data on a much larger scale than was previously practical, meaning we can do all sorts of new and interesting galaxy cluster cosmology that used to be infeasible.

We asked Devon a few more questions, here’s what he had to say…

I love Robert Jordan’s Wheel of Time novels! I’m currently on my second read through of all fourteen books, and I’m liking them even more this time around–there’s so much cool foreshadowing and so many subtle details that I missed on my first read. I love the intricate and imaginative fantasy world that Jordan creates, and all of his memorable and lovable characters.

I don’t have kids, but if I did, I think it would be very cool if they wanted to be scientists! But honestly I’ll probably think that my kids are pretty cool no matter what they wanna be. For reference, when I was a kid I wanted to be a stick bug when I grew up, so my kids’ career goals will probably be much better and more realistic in comparison.

Be patient with yourself. There is a ton to learn and you will be surrounded by very smart people who already know a lot, so it’s easy to feel like you are behind or not good enough. This is especially true when you hit a setback, like a failed test or a missed opportunity, and is compounded by the fact that in my experience scientists tend to set very high standards for themselves. But cut yourself a break and give it time–you can do it!

I really like learning languages in my spare time–I can currently hold a (basic) conversation in English, French, Russian, and Japanese, and I’m working on Spanish. It’s so interesting seeing all the ways that language has evolved in different cultures! Plus, you tend to travel a surprising amount as an astronomer, so knowing a little bit of a bunch of languages can be pretty useful.