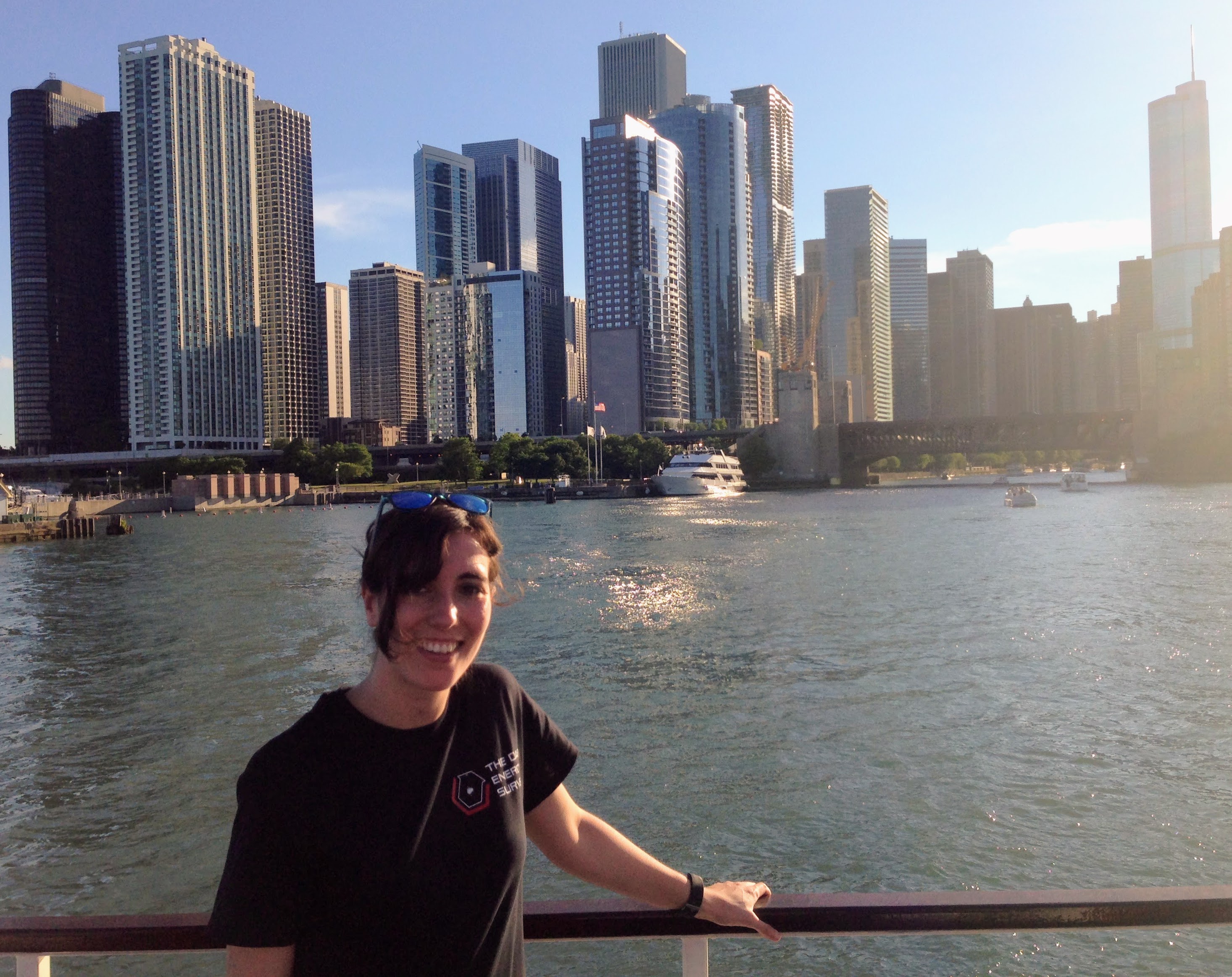 Anna is a Graduate Student at the Institute of Space Sciences (IEEC-CSIC). Her research interests include cosmological parameter estimation from galaxy clustering (i.e. the positions of galaxies) and galaxy clustering in combination with other probes. The main two projects she is currently working are the following:
First, the analysis of the cross-correlations of galaxy positions with CMB lensing using DES Y1 data. CMB lensing is due to the fact that CMB photons are gravitationally deflected by the mass distribution along their way, distorting the image that we eventually observe.
Second, the optimization of the lens sample we plan to use for the analysis of DES Y3 data. In this project we are forecasting with different combinations of galaxy samples at different redshifts to see which one would give the tightest constraints on dark energy.

We asked Anna a few more questions, here’s what she had to say…

I decided to be a scientist in high school. The idea of finding new knowledge was appealing to me. Some of the factors that made me choose physics are my love for science fiction and Stephen Hawking. I wanted to learn more about black holes, particle physics and the Universe.

I am currently practicing Aikido. Aside from this, I enjoy reading, watching TV series and playing videogames.

An illustrator or another job involving creativity.

The detection of gravitational waves, which has opened an entirely new field of astronomy.

Don’t give up and don’t lose the motivation. It’s okay to take time to rest, mental health is really important.