The entire astrophysical world was blown away by the first-ever binary neutron star collision seen in August 2017 (called ‘GW170817’). This event, identified as a kilonova, was the first to be seen in both gravitational waves, by the LIGO and Virgo detectors, as well as the electromagnetic spectrum, from gamma rays to radio waves (and covered previously in this Oct 2017 DArchive ). Since then, there have been dozens of new gravitational wave events.

A group of researchers in DES, the DESGW team, have focused on finding more electromagnetic counterparts to these gravitational wave events. Let’s take a look at two of the most intriguing events we have followed up with DECam since 2017.

A potential signal of another binary neutron star smash up

On May 10, 2019 the LIGO-VIRGO Collaboration (LVC) reported alert S190510g (the prefix ‘S’ is assigned until the detection is confirmed as a true gravitational wave, then the prefix is updated to ‘GW’) as what they believed to be another binary neutron star (BNS) merger candidate detected at a distance of about 230 Megaparsecs (Mpc) — or nearly 6 times further than the August 2017 event. This meant that if it was an identical event as GW170817, it would appear 1/36th as bright in the sky as GW170817. Thus, it was going to be much harder to search for with normal telescopes.

Adding to the challenge, the ‘sky localization’, or the area where the event was likely to be found (with 90% confidence likelihood), was nearly 1,200 square degrees. This is a huge area of the sky considering that DECam, a telescopic camera with one of the largest fields of view, sees about three square degrees at a time (already about 14 times the size of the full moon).

In a little over a full day, our team’s quick response search and discovery pipeline identified 11 possible counterpart candidates. However, all of them were later found to be likely supernovae (and thus not likely gravitational wave emitters) following offline analysis and spectroscopy by other instruments. This gravitational wave signal was in fact later classified as likely to be of non-astrophysical nature (i.e., just due to random seismic noise on Earth that happened to mimic gravitational waves in this instance) within 30 hours of the event.

Though we did not find a gravitational wave source, this particular event was a useful learning case for us. We took this real example of a large localization area, a faint target, and our actual observations on that night to later create realistic simulated scenarios. We simulated kilonovae and supernovae with DECam observing conditions (e.g., sky conditions, exposure time) to quantify our search efficiency and make informed decisions on observing strategy for future similar events. This was the first comprehensive simulation-based efficiency study on looking for BNS counterparts.

In this study, we tackled the two main difficulties of detecting a counterpart to an event like S190510g: it was faint because it was far away, and the sky localization was extremely large. To observe faint objects, we would normally increase the time spent taking our images (similar to how long exposure astrophotography images uncover the faint presence of the Milky Way and other astronomical objects). Unfortunately, when we increase the exposure times of the images, we can’t cover as large an area of the sky since the Sun will eventually cut our observations short. Through our statistical analysis, we examined this tradeoff under multiple observing strategies and determined that longer exposure times would improve our chances of finding counterparts in the long run by a factor of 1.5 [1].

A new cataclysmic event: a black hole swallows up a neutron star

The most exciting GW event of the LIGO/Virgo Observing Run 3 (O3) was GW190814. LIGO and Virgo alerted us to what could possibly be a neutron star — black hole (NSBH) merger from the GW signal, somewhere in an 18 square degree patch of sky that overlapped with the DES main survey footprint. Our group sprung into action, excited to find a counterpart to the first ever NSBH merger. We spent 2 mostly sleepless weeks observing the patch of sky, operating the telescope during the nights and digging through the data for candidate counterparts during the day. Specifically, a couple of dedicated members of the team persevered through the full 2 weeks, communicating our findings to the rest of the astronomical community via notices posted to the Gamma-ray Coordinates Network and responding to notices sent by other teams. For anything of interest that we spotted in the data, we attempted to get more detailed spectroscopic observations of quickly with the SOuthern Astrophysical Research telescope (SOAR). The SOAR team was essential for ruling out multiple objects as supernovae as opposed to the real gravitational wave counterpart [2].


When the dust settled, none of the follow-up teams were convinced they had found the one true counterpart to GW190814. The next question to ask is “Why didn’t we find it?”, and the answer is that the light emitted by the merger must have been too faint to detect with DECam, even though DECam was the most powerful instrument to cover the full patch of sky. While it was disappointing to not find a counterpart, this answer still informed us significantly about the progenitor system of GW190814. For example, the light emitted being too faint to detect implied a limit on the amount of neutron star matter that could have been ejected during the merger, a limit on the speed at which the matter could have been ejected, and a limit on the types of elements produced by nuclear physics processes during the collision. That is, if more matter had been ejected, if it had been ejected faster, or if different elements had been synthesized, the merger would have been bright enough to detect. Using this principle, we were able to place field-leading constraints on the properties of the NSBH system in our paper [3].

But the science didn’t stop there! Because this GW event completely overlapped with the DES footprint, we had detailed information on all the possible galaxies that could have hosted the NSBH merger. Particularly, researchers in DES put great effort into measuring the redshifts (corresponding generally to distances) of these galaxies. We were able to combine the redshifts of all the possible host galaxies with the distance that LIGO and Virgo measured for GW190814 in a statistical analysis. By averaging over all the possible host galaxies and matching up their redshifts with the distance GW190814 traveled to Earth, we were able to get another independent constraint on the Hubble parameter — i.e., a measurement of how fast the Universe is expanding [4] (a method discussed in this Jan 2019 DArchive, and also previously in this Oct 2017 one).

Looking to the Future

While no gravitational wave events have unequivocally been detected again in electromagnetic signals since 2017, prospects for future detections are encouraging. LIGO and Virgo are currently being upgraded in detection sensitivity, KAGRA in Japan has started running, and in a few years, LIGO-India will come online to join the effort. These upgrades will have a major impact on how many gravitational wave events can be seen and what they can tell us about the cataclysmic events happening constantly in our Universe.

To keep up with these improvements, the DESGW team is working on an observing plan that optimizes our chance of success in the next follow-ups and makes better decisions for each event. The team is focusing on two kinds of questions: how we can improve our chances to detect an object and also how to securely rule out transient events that might appear In the localization region during the night, but later turn out to be something else. The latter is particularly important since we can easily find thousands of objects that might require visual inspection. This question is currently under investigation with the development of Artificial Intelligence (AI) models that can make a fast classification of candidates.

One thing that is absolutely clear is that the era of gravitational wave astronomy has just begun, with many interesting analyses to be done and exciting discoveries to be made. We’re looking forward to future observing runs and what more they will tell us about our mysterious Universe… 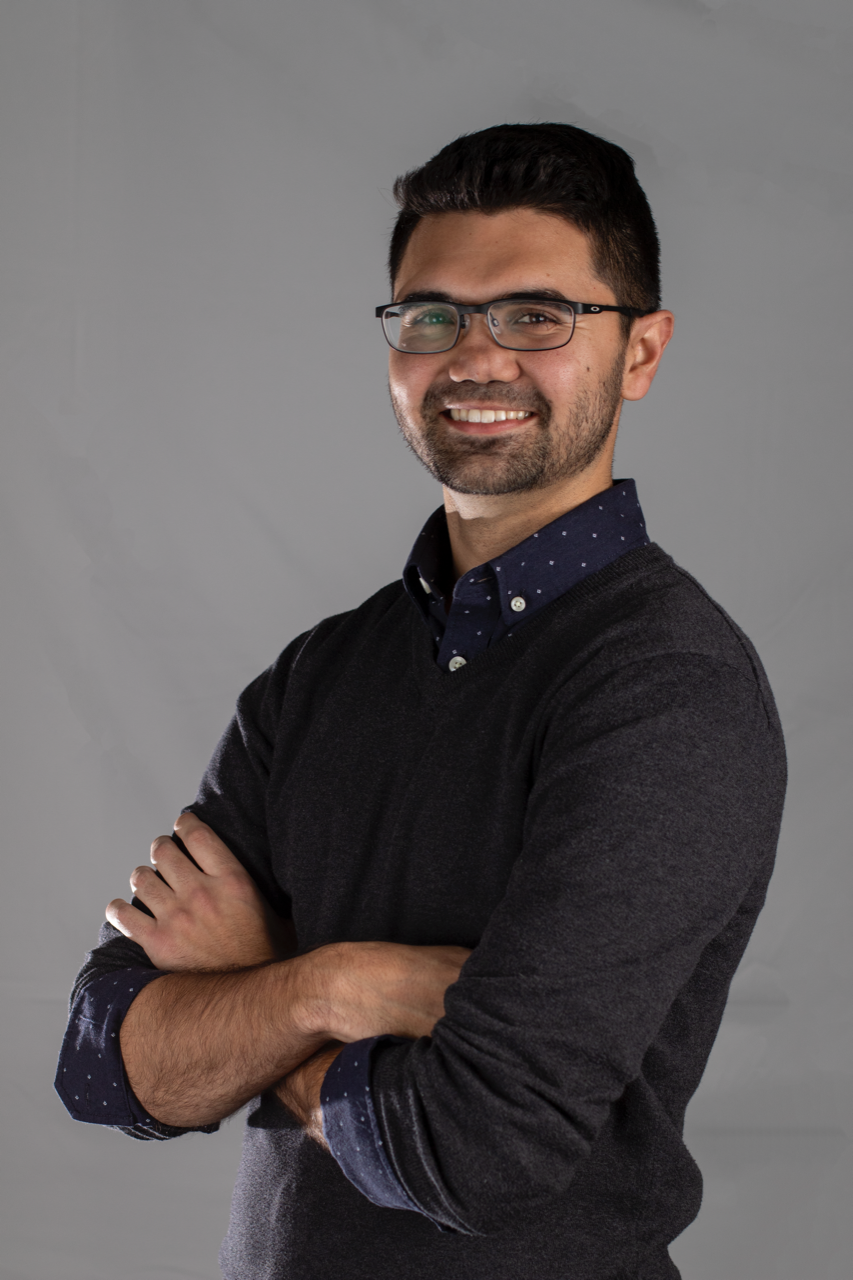 Rob is a senior graduate student at the University of Wisconsin-Madison specializing in using machine learning to find rare transient objects in optical astronomy surveys. Throughout his PhD, he has led efforts in DES to find electromagnetic counterparts to gravitational waves and astrophysical neutrinos. Currently he works on developing machine learning algorithms to find strongly lensed supernovae. 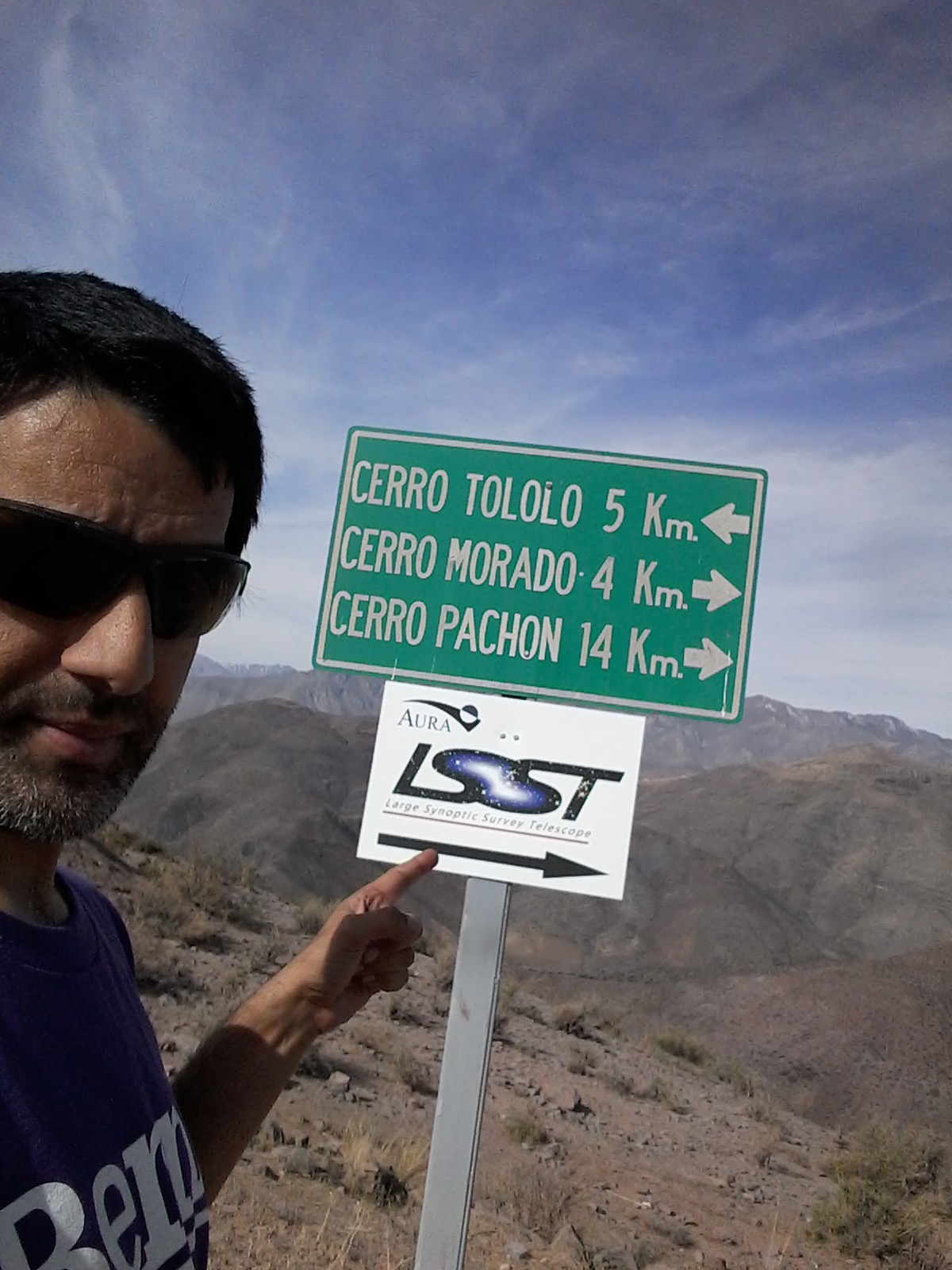 Mandeep is a staff member at KIPAC at Stanford University. He has worked in the Strong and Weak Lensing groups, and more recently with the gravitational wave event optical follow-up group. Further, he has taken 2 shifts for DES at Cerro Tololo Inter-American Observatory (CTIO), is active in several Education and Public Outreach projects for DES, and has been particularly involved in recent times in diversity, equity and inclusion and mentorship program efforts for the DES Collaboration. 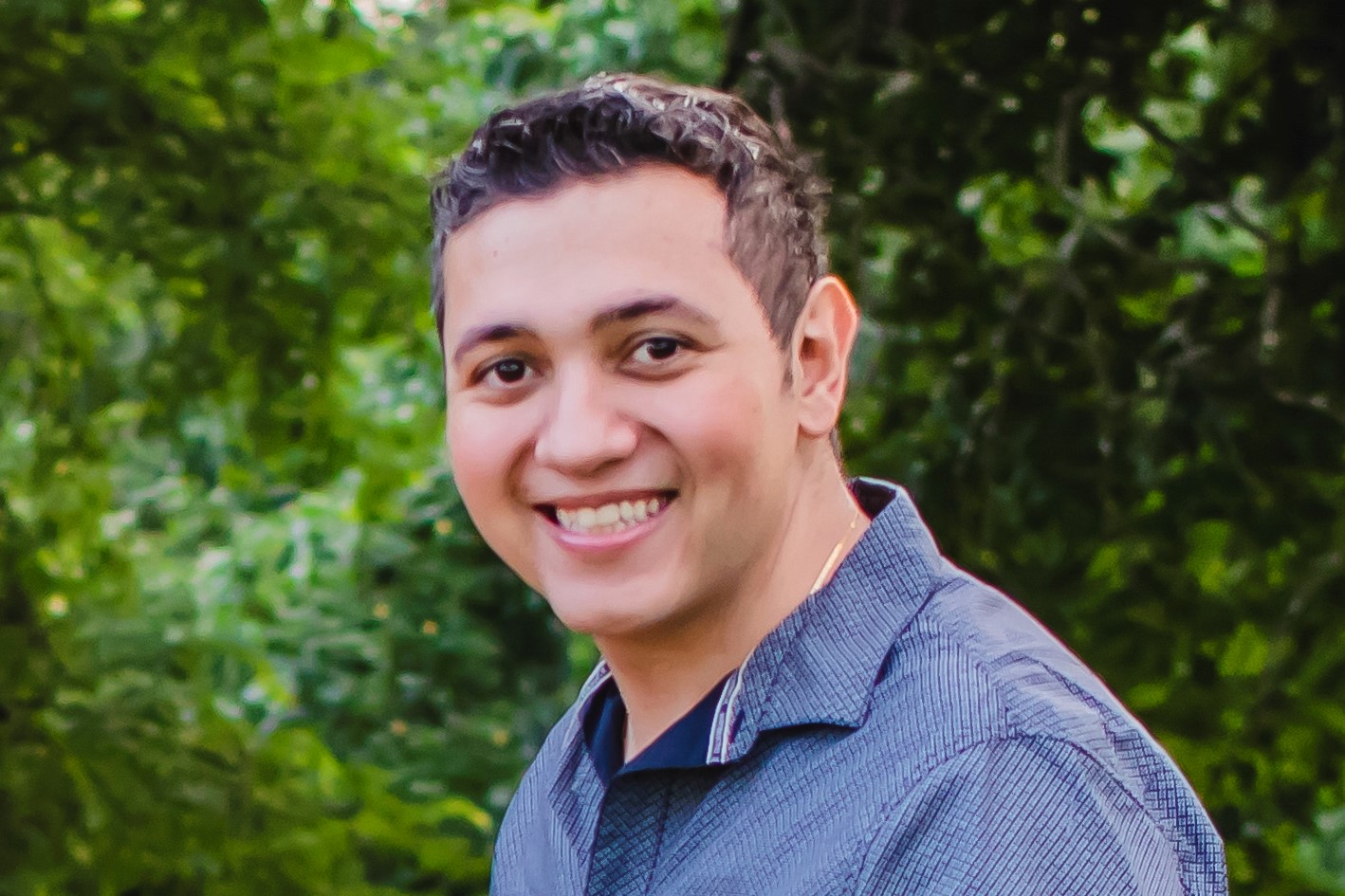 Clécio is an assistant professor at Centro Brasileiro de Pesquisas Físicas in Rio de Janeiro. He works with Deep Learning and AI Applications to Astronomy in several projects, including Strong Lensing, Galaxy morphology and Blazars classification. He has participated in several data challenges, including leading the winning team of the second Strong Lensing Classification Challenge. More recently, he was interested in transients and dedicated to working in the search for optical counterparts of Gravitational Waves and their applications to Cosmology. 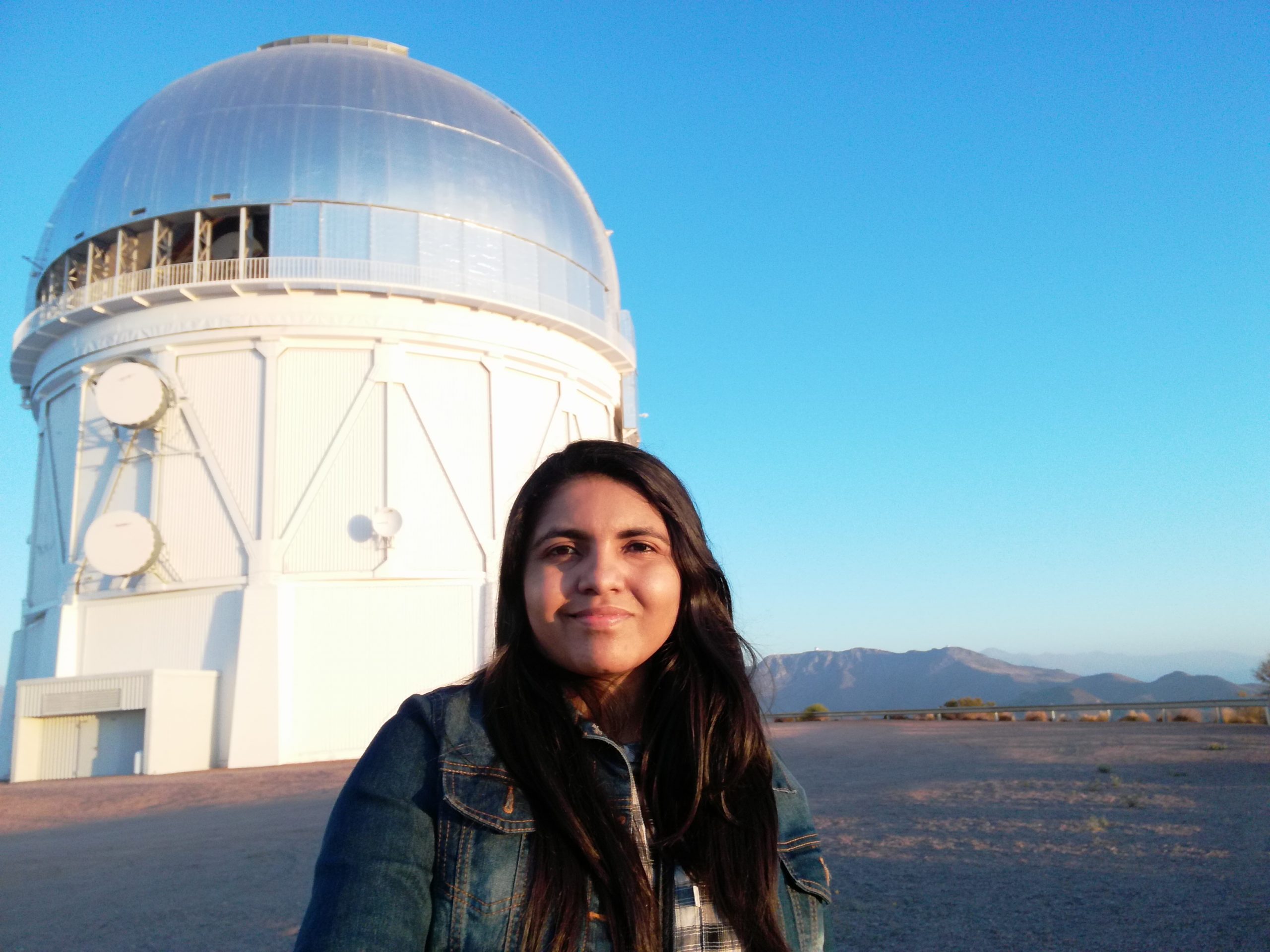 Maria is a postdoctoral researcher at the University of Michigan. Her work focuses on Observational Cosmology using gravitational lensing, galaxy clusters and gravitational waves to study the cosmic acceleration. She is co-coordinator of the DES Cluster Cosmology & Lensing subgroup and a member of the LSST-DESC and Cosmic Explorer Consortium. She is active in science outreach projects as a SciComm Fellow at the University of Michigan Museum of Natural History and a contributor of the Brazilian SciComm Blog “Cientistas Feministas”. 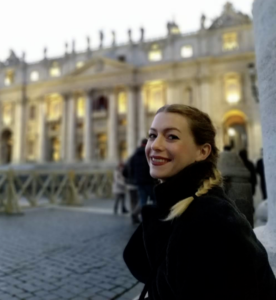 Antonella is a postdoctoral researcher at the Fermi National Accelerator Laboratory in Illinois and chairs the DES Galaxy Evolution Working Group. Her main interests include gravitational waves, ‘ripples’ of spacetime that are produced, in the most violent cases, by catastrophic events such as black holes or neutron stars merging. Antonella is involved in the search of the sources of these events with DES, and she uses host galaxies data to understand the formation of these sources and the expansion of the Universe. 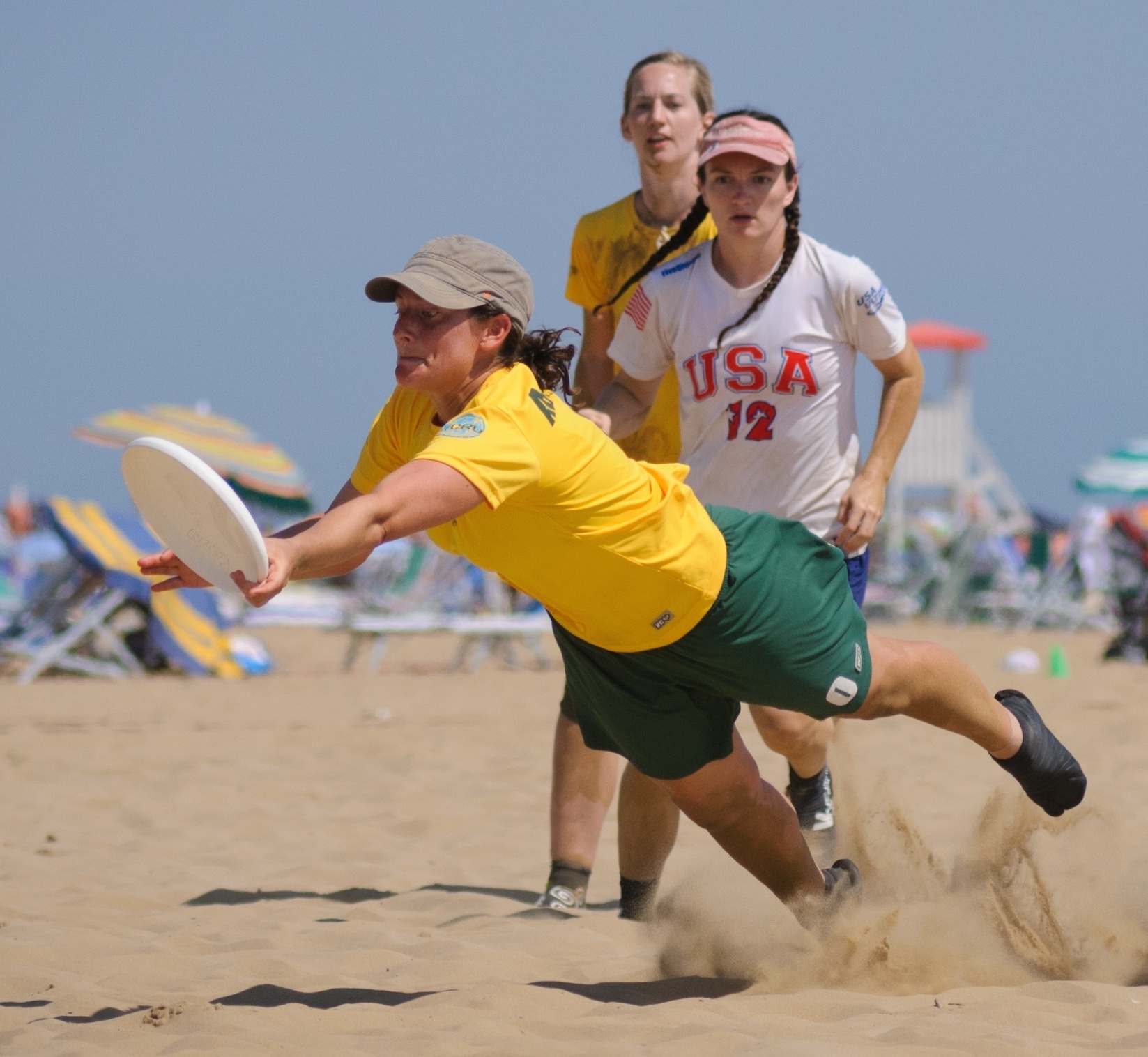 Tamara is a Professor at the University of Queensland in Australia. Her focus is using the massive natural “experiments” the universe performs — like exploding stars, galaxies, and black holes — to understand the fundamental physics that governs our lives here on Earth. When not doing astrophysics she likes all sorts of sport, and has represented Australia at seven world championships for Ultimate frisbee.

Ross is a postdoctoral researcher at the University of Wisconsin-Madison. He works on various projects studying the large-scale structure of the Universe using the millions of galaxies DES observes. These projects include galaxy clustering, correlations of structure with the cosmic microwave background and using the structure of the Universe to infer the redshifts of galaxies. Ross also coordinates Education and Public Outreach efforts in DES, including managing the darchives and social media.