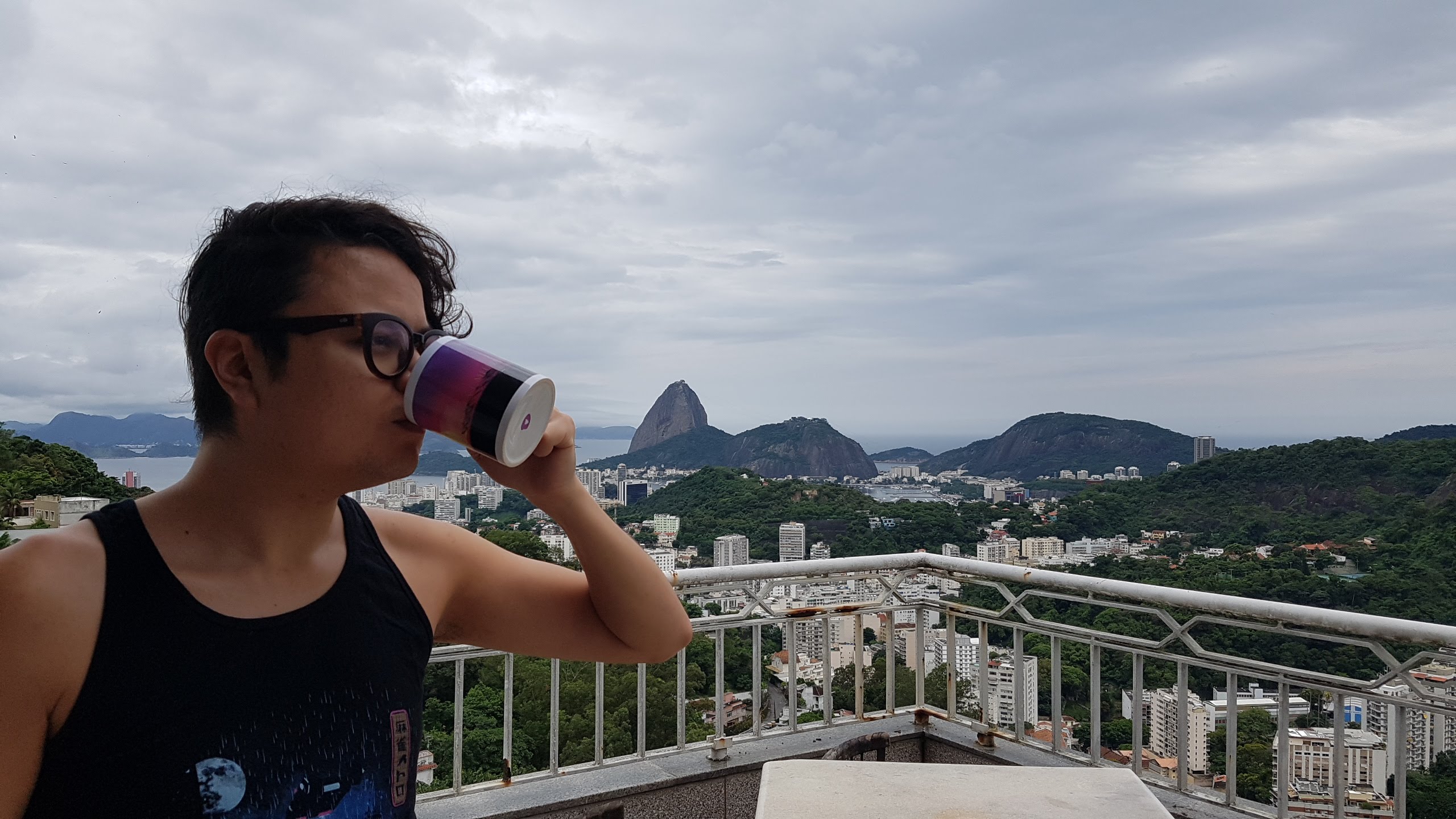 Michel Aguena is a postdoc at the Laboratorio Interinstitucional de e-Astronomia (LIneA) in Rio de Janeiro, Brazil. He works on many aspects of galaxy cluster studies including detection, mass estimation from gravitational lensing, observations of clusters in multiple wavelengths and applications towards cosmological studies. He’s also become interested in galaxy catalog construction, including photometric redshifts and star-galaxy classification.

We asked Michel a few questions. Here’s what he had to say:

I love that my job is to be curious. I don’t think there are many other fields where you assign yourself what you will be working on. Also going to different places and meeting people from all over the world is extremely enriching.

My mom loves to show this drawing I made as a kid saying I wanted to be a scientist. In reality, I don’t think I ever decided conscientiously that was the career I wanted to have, I just kept following my curiosity. I guess there was nothing else I wanted to be.

I like woodworking. It is soothing to do manual labor and allow the mind to wander.

I love van Gogh’s Starry Night (Link), it inspires me to look up.

Dune – “It is so shocking to find out how many people do not believe that they can learn, and how many more believe learning to be difficult.”

I love cinema. I think I would want to be involved in a creative role such as director or cinematographer.

It is probably a cliché answer, but I would have to say the detection of gravitational waves. It really is the modern version of the 1919 solar eclipse, which confirmed Einstein’s theory of general relativity.

Any advice for aspiring scientists?
Science is one percent inspiration and ninety-nine percent perspiration. So if you have interest in science, all you need is to be willing to do the work. Also, do not be intimidated thinking others are more advanced/know more than you. Almost no one has it all figured out.