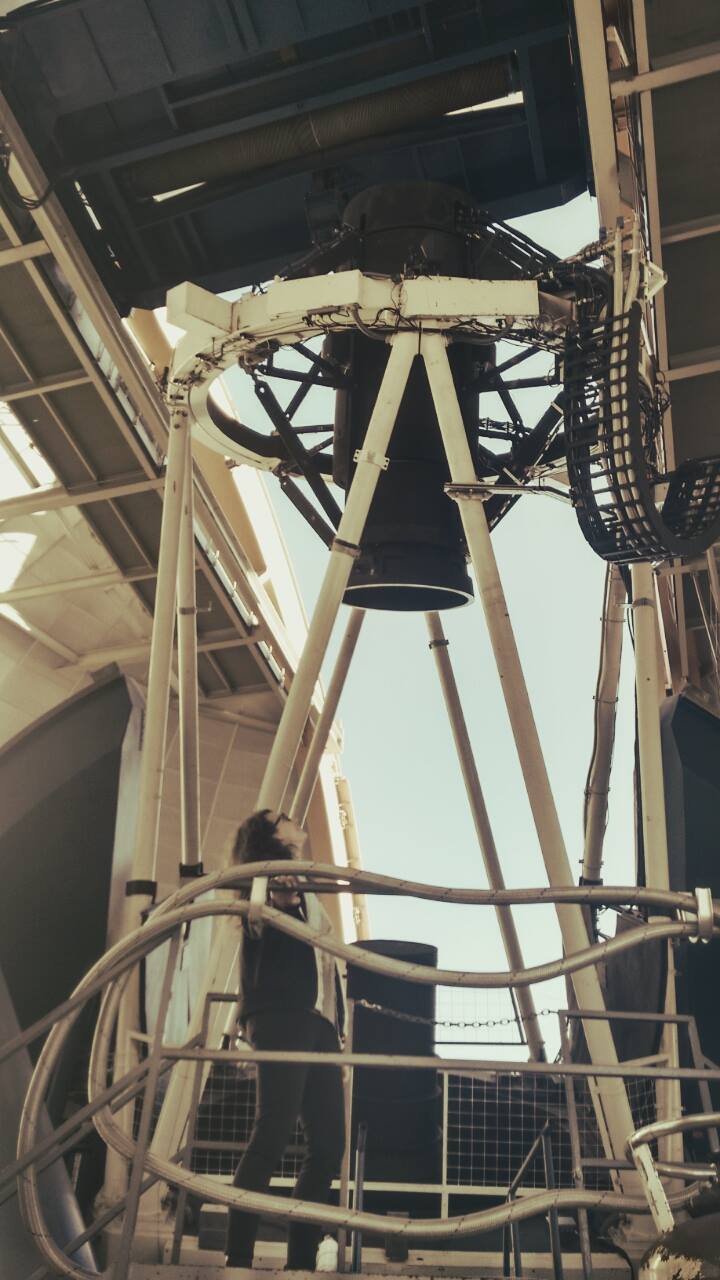 Agnès Ferté is a postdoc at NASA’s Jet Propulsion Laboratory (JPL). After growing up in the French countryside near Reims, she did her PhD at the Université Paris-Saclay on the Cosmic Microwave Background. She later moved to the Royal Observatory at Edinburgh as a postdoc where she joined DES and got interested in testing gravity on cosmic scales with weak gravitational lensing. She moved to JPL in 2018 and now within DES, co-leads the DES Theory Extensions team which tests non-standard cosmological models.

We asked Agnès a few questions. Here’s what she had to say:

The freedom, working hard on one of the most meaningful things (to me), learning new things, the people, my laptop.

I have been into physics since I was 10 (like explaining to my friends what gravity is). I got obsessed with being a cosmologist when I was a teen. The night sky where I grew up is awesome and one day, when I was ~14 years old, my older brother told me the universe was expanding and I was like whaaaaaaaat.

Karate, yoga, hiking and for the last two months, climbing. I love it even though I have fear of heights: if you saw someone climbing in Yosemite having a panic attack it was me.

People talking more and more about diversity and inclusion. Excellence in science can take many different forms, contrary to what people seemed to think until now.

Doing research in physics is really tough mentally, especially for people from historically underrepresented groups. Protect yourself (know what makes you feel safe/angry/etc.), have a group of people you can share your experience with, but don’t forget to enjoy research. Also, do sport if you can.