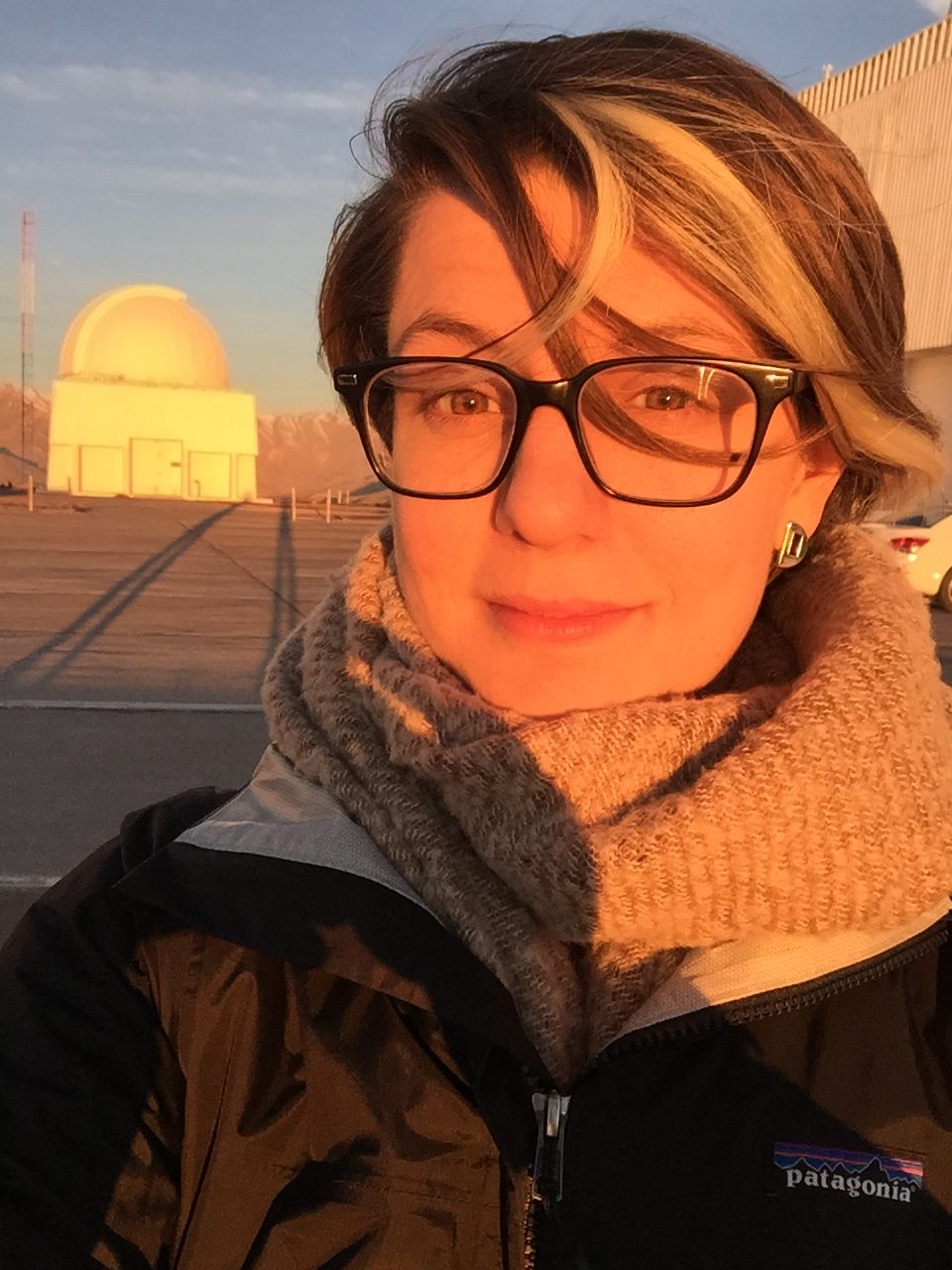 Jessie is a graduate student at the University of Michigan.

She works on theory and analysis for DES. In other words, she’s part of the team that thinks about how to go from DES measurements of the distribution of galaxies on large scales to constraints on cosmological parameters which describe, for example, whether dark energy is a constant energy density associated with empty space, or something else whose properties evolve with time.

Specifically she’s mainly working on two projects: First, she’s testing and implementing a method that will let us blind DES’ future cosmological analyses, hiding the cosmological parameter results while we’re making decisions about the analysis, to ensure that how they compare to our expectations don’t accidentally bias the results. (The motivation for this is similar to blinding in clinical trials where new medications are compared to placebos.)

She’s also working working on an analysis of DES data which will compare constraints from the growth of structure — how matter has clumped up over time under the influence of gravity to form structures like galaxies and groups of galaxies — to constraints measuring the geometry and expansion history of the universe on very large scales. Our standard cosmological model, which includes a constant-in-time description of dark energy and gravity described by general relativity, makes specific predictions for the relationship between expansion and structure. Because of that, checking whether constraints from expansion and structure growth are compatible will allow us to perform another consistency check on the standard cosmological model.

We asked Jessie a few more questions, here’s what she had to say…

I’ve always liked drawing and writing, so maybe doing some kind of illustration or science writing. Or, like, making infographics for a news or culture website. Or working behind the scenes on sets for movies or theatre. Or doing something data-science-related that helps improve people’s lives. This is a hard question.

Be curious, and find ways to stay connected with what makes you feel excited about doing science. If you’re anything like me, on your way to becoming a scientist, you’ll end up in situations where others sound more confident and knowledgeable than you feel, and you’ll wonder if you’re cut out for the work. If that happens: 1) remember that being around people who know more than you means it’s a great opportunity to learn, and 2) remember that by comparing how others *sound* to how you *feel*, you’re probably selling yourself short. A lot of people feel that way. Finding a good study group, or some other support network where you feel comfortable saying “I don’t know” can be really helpful for this, and will probably help make you a better scientist. Also, especially if you’re feeling a little more secure, make a point to look for ways you can support the people around you and help them feel more included. Scientific research like what the Dark Energy Survey is doing is really a collaborative effort, our science will be better if everyone involved has a chance to thrive.

More concretely: Doing scientific research involves a lot of coding, so learning a little bit of a programming language, like Python, is super helpful. You definitely don’t have to be an expert in it to be a scientist though — most of us learn computational skills on the job!

I’m defending my PhD thesis in just about a week (May 30), and will be starting a postdoc job at KIPAC (Stanford) as a Porat Fellow in the fall.