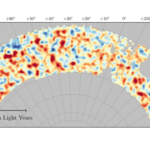 Imagine planting a single seed and, with great precision, being able to predict the exact height of the tree that grows from it. Now imagine traveling to the future and snapping photographic proof that you were right.

If you think of the seed as the early universe, and the tree as the universe the way it looks now, you have an idea of what the Dark Energy Survey (DES) collaboration has just done. In a presentation today at the American Physical Society Division of Particles and Fields meeting at the U.S. Department of Energy’s (DOE) Fermi National Accelerator Laboratory, DES scientists will unveil the most accurate measurement ever made of the present large-scale structure of the universe. 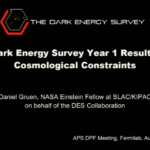 On Thurs., Aug. 3, 2017, Daniel Gruen delivered a talk on the Year 1 results at the APS Division of Particles & Fields meeting at Fermilab. 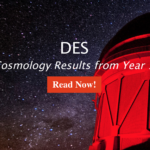 This page serves as the portal for a series of 10 papers on and in support of the DES cosmology results from the first year (Y1) of the survey, which were released on Aug. 3, 2017. For each paper, clicking on ‘Link’ will take you to the arXiv, where the pdfs can be accessed. On Thurs., Aug. 3, 2017, Daniel Gruen delivered a talk on these results at the APS Division of Particles & Fields meeting at Fermilab. A video of this talk as well as the slides can be accessed via the page link. 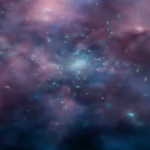 A new map of the universe has been unveiled by scientists, revealing the last seven billion years of the history of the cosmos.

The results of the Dark Energy Survey show how dark matter is distributed across the galaxy. Until now, scientists used models to show where it fell. These models are largely based the Standard Model of particle physics, the incomplete theory that best explains how matter across the universe interacts. 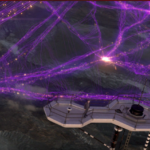 What happens when 400 scientists use one of the most sensitive cameras ever built to photograph 26 million galaxies? Well, they come up with, what’s been described as “the most accurate map ever produced” of the dark matter in our Universe. Professor Ofer Lahav of University College London explains. 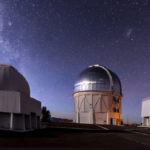 Researchers have released the most accurate map ever produced of the dark matter in our Universe.
The team surveyed more than 26 million galaxies in the largest study of its kind.
The map will help scientists understand what dark matter is made from and learn more about another mysterious phenomenon called dark energy.
The results have been released by the international Dark Energy Consortium (DES).
According to Professor Ofer Lahav of University College London (UCL), and chair of the DES Advisory Board, the map would provide new insights into how the Universe operates. 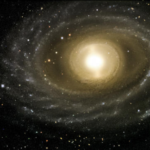 A MYSTERIOUS ‘dark universe’ which exists alongside our own visible universe has been mapped by scientists. And the findings spell ultimate doom for humankind.
A team from the international Dark Energy Survey (DES) collaboration believes their findings support the theory that about just four percent of the present composition of the universe is ordinary matter.
The rest, the team says, is made up of substances that remain ‘dark’, largely un-knowable and in many cases simply theoretical.
The research backed scientific hypothesis that 26 percent of the universe is made up of mysterious cold dark matter, and the bulk – a whopping 70 percent – is “in the form of an elusive dark energy.”
Our knowledge of both is extremely limited but Dark Energy is believed to be responsible for the accelerating expansion of the universe.

Cosmologists have produced the biggest map yet of the Universe’s structure and they find it less lumpy than previous surveys have suggested.

The new results, part of the ongoing Dark Energy Survey (DES), charted the distribution of matter in part by measuring the way that mass bends light, an effect known as gravitational lensing. The Universe was extremely smooth, with matter evenly distributed in its infancy nearly 14 billion years ago, but mass has been clumping together ever since into galaxies, gas clouds and other structures. Data released by the DES team on 3 August suggest that the clumping has happened more slowly than indicated by earlier estimates, which were based on baby pictures of the Universe made by measuring the cosmic microwave background, the afterglow of the Big Bang. 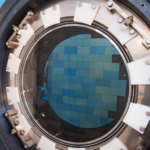 The results are based on data from the telescope’s first observing season, which began in August 2013 and lasted six months. Since then, three more rounds of data collection have passed; the experiment begins its fifth and final planned observing season this month. As the 400-person team analyzes more of this data in the coming years, they’ll begin to test theories about the nature of the two invisible substances that dominate the cosmos—particularly dark energy, “which is what we’re ultimately going after,” said Joshua Frieman, co-founder and director of DES and an astrophysicist at Fermi National Accelerator Laboratory (Fermilab) and the University of Chicago. Already, with their first-year data, the experimenters have incrementally improved the measurement of a key quantity that will reveal what dark energy is. 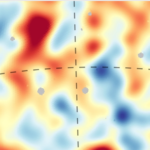 Article written by Professor Tamara Davis, a DEScientist working at the University of Queensland.

The most precise map so far of dark matter in our universe was released last week by an international team of astrophysicists.

Even though we can’t see dark matter (as it doesn’t emit light), we have been aware of its effects for more than 80 years, by observing how galaxies cluster and move around. Using a different technique, the Dark Energy Survey charted the distribution of dark matter by measuring how light from background galaxies is distorted as it passes through dark matter’s dark web.